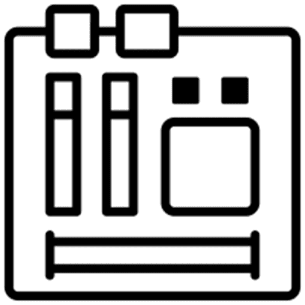 A Sound Card can be defined as an expansion card that is capable of producing sounds using certain computer programs. Hence, it can be also called an audio card. It is a peripheral device that can be attached to an ISA (or) PCI slot of a motherboard. The following are the functions of a sound card. 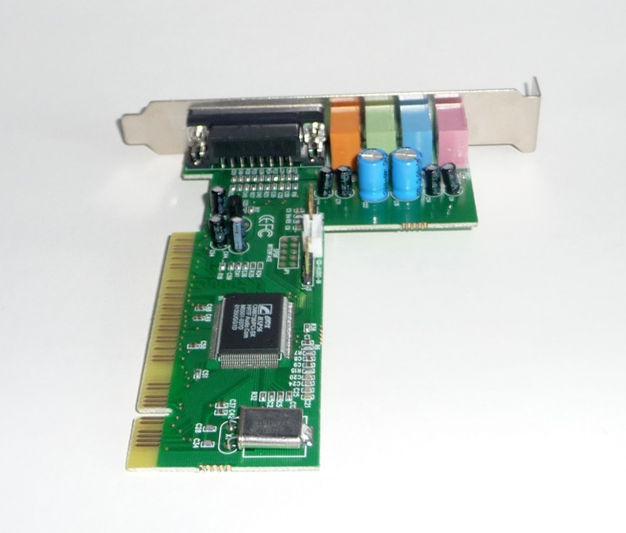 This refers to the process of generating sounds. Earlier components were capable of producing only a beep sound. But from the 1980s with the invention of special add-on cards called sound cards a variety of sounds could be synthesized. There are three methods that can be used for generating the sounds, they are Frequency Modulation (FM), wavetable, and physical modeling.

The best examples for analog and digital are the sounds and data of the computer respectively. Analog signals are a collection of waves that can traverse through the matter. Digital signals are nothing but electrical impulses containing O’s and 1’s. Hence a sound card can be used for converting computer digital data into analog data. For this purpose, it contains four components that are present on its printed circuit board. They are,

(c) ISA (or) PCI interface that can attach the sound card to the
motherboard.

(d) Input and output connections for the microphone and speakers.

However, there are some sound cards that contain a CODEC chip (Coder/Decoder) instead of different ADC and DACs. This chip has the ability to carry out both conversions.

Working of ADC’s and DAC’s in a Sound Card

Assume that a user wants to record his voice on the computer. For this purpose, using a microphone he speaks. This microphone is connected to the sound card. Then the analog-to-digital converter (ADC) will convert the analog waves into digital data that the computer understands. This is done by sampling or digitizing the sound by considering some specific measures of the wave at regular intervals.

The number of measurements per second is known as the sampling rate. A card should possess a high sampling rate in order to obtain accurate waves. But high rates will also lead to a decrease in sound quality which is called distortion. There are two ways of measuring the reduction in sound quality. They are,

It can be represented in the form of a percentage( %)