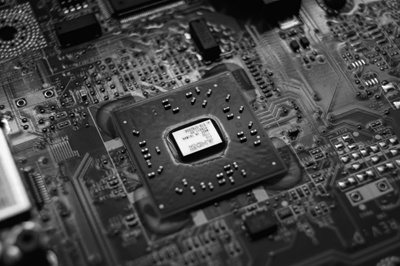 A chipset is defined as a set of electronic components embedded on an integrated circuit in the computer system. The role of the chipset is to manage and control the flow of data between processor, memory, and peripherals. The chipset is located on the motherboard and is often is referred to as a core component of the Motherboard. It determines the performance of the system by controlling communication between the processor and external devices. Due to this, mostly the chipset design is limited to operating on a specific group of microprocessors

Intel chipset 915 was introduced in the year 2004. It belongs to Grantsdale Family and is hence code-named Grantsdale. There are five members in the Intel chipset 915 product Family. They Intel Chipset are 915PL,915P,915G,915GV, and 915GVL. These chipsets were the first who make use of the LGA775 socket processor interface. All the chipsets were manufactured using  Intel’s 90-nanometre technology (ie.,90 nm Pentium 4 Prescott core). The chipsets were optimized in order to use it with intel’s upcoming Hyperthreading technology. They supported bus speeds of 800MHz. One of the significant revolutions was the development of the PCI express. There are two different types of PCI express slots supported by 915 chipsets

Besides this, it also supports PCI version 2.3 bus master expansion slots. It supports a dual-channel DDR-2 type of memory. Later on advanced memory standard advanced DDR-2 was introduced which supported an enhanced speed of 533 MHz

It has Intel integrated graphics media accelerator 900 (900 GMA). GMA 900 supports the partial feature of direct X9 (ie., it doesn’t have pixel shaders in hardware and vertex shader in software) which is compatible with NVIDIA and ATI

It supports PCI express slot (PCI-X 16), while all the other chipsets do not support all the chipsets supported I/O controller hub ICH6 family.

Intel Chipset 945 was introduced in the year 2005 with lakeport as its codename. There are three models in the intel 945 chipset

They have been mainly designed to support intel’s dual-core Pentium D processors. 945 G and 945 P can handle front-side bus speeds up to 1066 MHz and Dual-channel DDR2 memory up to 667 MHZ. They support the external Graphic interface PCI X16, which delivers enhanced bandwidth and also supports the latest graphics cards. Besides this, 945 G includes GMA 950 integrated graphics, which is an advanced version of GMA 900

The chipset was introduced in the year 2006 It belongs to the Broadwater family and hence codes named Grantsdale. It was mainly designed to feature intel core 2 processors such as dual-core and quad-core. The Intel chipset 965 series comprises four different models as discussed below.

p965 chipset is mainly designed by emphasizing the needs of home users. It has improvised features like memory performance, power efficiency. data protection and system responsiveness.

G965 chipset was introduced specially for the digital home which makes use of intel’s VIIV platform. It supports the most advanced integrated graphics module GMA 3000 series

0965 chipset was specially designed for business users. It works under vpro platform. It incorporates the integrated graphics module GMA 3000 and supports the usage of discreet add-on video cards.

chipset is a lower-end chipset in the 96 X family. It includes most of the features of (0965 but does not support the installation of the video cards.