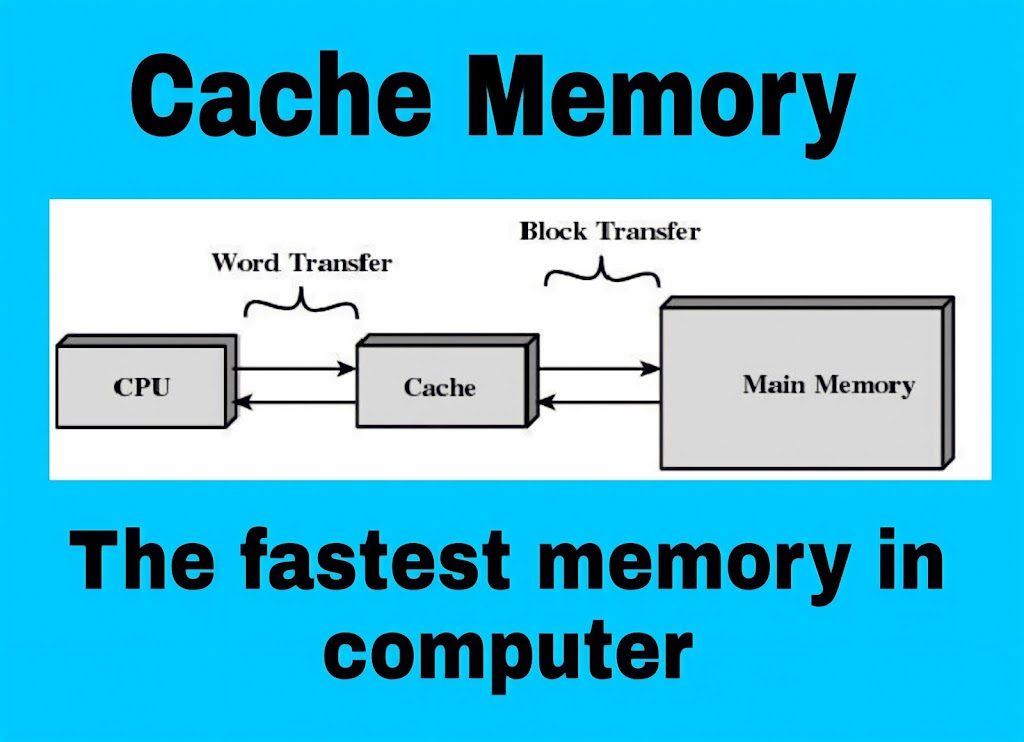 Cache memory has higher speeds compared to others. Because of the high speeds that it offers, it is used mostly in computers where the RAM is slower than the processor. The memory area of this can be a part of main memory (or) a completely different storage device. This reduces the overall processing time as the program is loaded less number of times into the processor from the storage. There are two main cache types. Memory cache and disk cache. The memory cache is present in the high-speed SRAM and it is very much useful as the same program, data (or) instructions can be used again and again. The cache memory of two types levels 1 and level 2 (or) level 3.

The main intention of cache memory is not only to improve speed but also to provide a bigger memory size at the lowest possible price. The cache is the first level of memory in the memory hierarchy. It is based on the principle of the locality of reference. The term cache is also used with those buffers that hold commonly occurring data. For example, file caches and name cache. Cache memory stores only a copy to a block of memory which is actually stored on the main memory. And thus, the cache memory is an extension of the main memory which improves the overall performance.

Cache memory works on the principle of?

Cache memory works on the principle of the locality of the reference.

cache memory acts between Central Processing Unit and the RAM

Both Cache and RAM are volatile memories that are used to store data. Cache memory has higher speeds compared to others. Because of the high speeds that it offers, it is used mostly in that computers where the RAM is slower than the processor. RAM is a form of computer memory that is used to temporarily store all the information your computer is actively using for faster access. Cache memory is on other hand and is a type of random-access memory that works between RAM and the CPU, and that provides the fastest access to frequently used program instructions or data that the CPU is most likely to the need next.