These are used for connecting motherboard to PSU (Power Supply Unit)

Which of the following motherboard power connectors typically connect directly to the motherboard?

This is one of the kinds of motherboard connectors. P8 and P9 are the two connectors of this type that are used for powering the motherboard. Both of these connectors consist of 6 pins using which the AT power supply can deliver + 5V, + 12V, -5V, and -12V voltages. Hence 4 pins are reserved for producing these voltages in P8 and P9 connectors. The remaining two pins are rounded.

This is the kind of motherboard connector. It consists of a single P1 connector that is used for powering the motherboard. This connector consists of 20 pins that can deliver +5v. +12v, -5v, -12v  and  +3.3v voltages 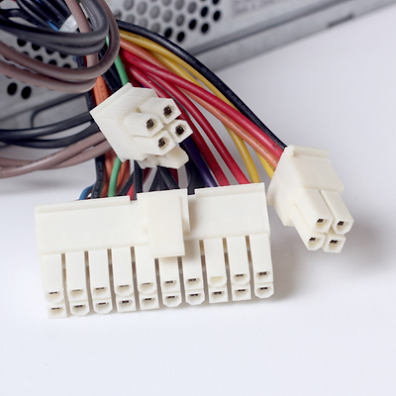 It is capable of producing an additional voltage of  +3.3v  when compared to the AT power Connector.

These are used for connecting various external devices such as hard

This connector is used for producing the power to hard devices, CD and DVD media drives, and tape drivers. In specific, It is capable Of powering the ATA hard disks. 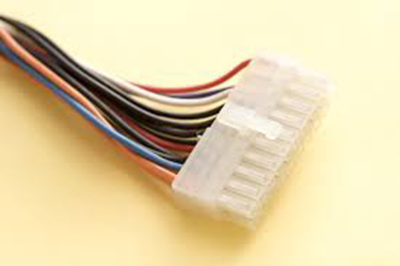 CD ROMS 5inch floppy drives and other peripheral devices. It basically consists of four pins capable of producing +5v and 12v of voltages

This is used For connecting 3.5-inch floppy Disc drives

This type of connector is used for powering floppy drives. In specific, It can supply power to 3.5 floppy drives. Just like a Molex connector. This also Consists of four pins capable of producing  +5v and  +12v  of voltages.

The features of external devices are as follows,

(a) FEATURES OF FLOPPY DISK DRIVE

A floppy drive is a kind of disk drive that has the ability to read and write the data into disks called floppy diskettes. These diskettes are very similar to that of the CD’S and DVD s, but the only difference is that they can hold very less amount of information. The features of the floppy drives are listed below,

This feature refers to the size of the floppy drive as to how big they are. Initially, they were 8 inches but later reduced to 3.5 inches

The floppy diskettes are capable of storing the data in them. By this, the data will be backed up so that it will be always available at the time of failure and system crashes.

These are also capable of storing certain software and drivers for some hardware components.

The 3.5-inch floppy disk drives extended their support to transferring of files between the computers by compressing the files.

b) FEATURES OF CD-ROM

It is capable of storing text, graphics, and sounds. The storage is done by using different tracks. The features of CD-ROM are listed below.

A CD-ROM is capable of storing 680MB of data that is not compressed. This is approximately equal to 3,00,000 manually written (or) typed pages.

It facilitates the user to read (or’ access the data that is present on it. This access can be done randomly. Because of this the time required to obtain the data is highly reduced

The cost is also highly reduced when CD-ROMs are used for storing data. The costs include production costs and shipping costs.

The data can be stored for very long durations of time without any problem. The duration can even be 100 years. It also provides integrity to the data is it supports read operation.