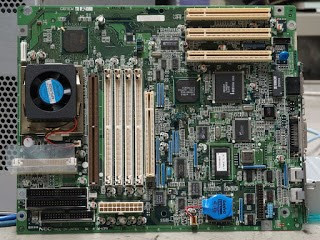 Expansion slots can be defined as the slots using which various devices can be installed in the computer in order to expand its capabilities of it. The devices that can be installed include video, network, sound, and disk interface cards. These slots are clearly visible on the motherboard. The length of these slots is 3 to 11 inches and the width is nearly 1/2 inch.

The different types of expansions slots are

Industry Standard Architecture (ISA) expansion slots are mostly found in the motherboards of the components made before 1997. These slots are black in color and hence can be easily identified. They consist of two parts one short part and one long part.

Peripheral Component Interconnect (PCI) expansion slot is the slot that is used by most of the computers made Now-a-days. They are easy to identify as they are made up of white color. Their length is 3 inches. These slots are mostly present in a computer containing a Pentium class processor. 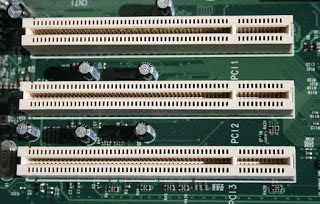 Accelerated Graphics Port (AGP) expansion slots are used for the video cards. They provide a direct connection between video circuitry and PC memory. These slots are brown in color and are small in size when compared to PCI slots. 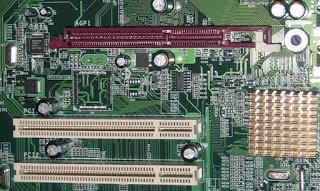 Peripheral Component Internet Express (PCle) expansion slot is designed in order to replace the AGP and PCI. It is considered to be faster than AGP and flexible as to that of PCI. The PCI expansion slots are of different speeds that are represented as Ix, 2x, 4x, 8x, 12x, 16x, and 32x. It is very difficult to identify these slots on the motherboard when compared to the other expansion slots because its size is correlated with its speed.

Audio Modem Riser (AMR) expansion slots were designed in order to reduce the time taken for separating the analog circuitry. It consists of a total of 46 pin slots. The slots are most commonly seen on Intel motherboards. 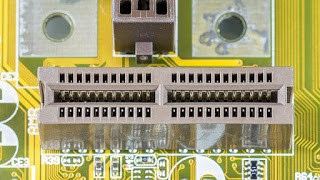 The Communications and Networking Riser (CNR) 60-Pin expansion slot is seen on the Intel motherboards. It is designed as an alternative for the AMR slots because it is helpful for implementing a chipset as well as for improving the chipset features. Besides these, it also provides support for networking for plug and play compatibility hardware acceleration, and so on