An interface through which a printer is connected to the system unit is called as the printer connector. It can be connected using three types of connectors. They are the parallel port, serial port, and USB port. The parallel port connector is nothing but the female connector that consists of 36 pins that are present at the back of the system.  There is a total of 36 pins are present in the female connector and each of these pins has a task that is performed only by it. For example, the pin I am used for carrying out the strobe function, wherein strobe means to transfer data to the printer. Then the pins 2 to 9 are used for transferring the data bits ranging from 0 to 7. Then pin 10 is used for acknowledgment purposes and so on. Similarly, a male connector is present at the edge of the printer’s cord through which it can be connected. Also, nowadays most of printers use USB ports for connections

The RS 232 dog is the most commonly used serial port Connector. It is trapezoidal in shape that looks like an alphabet letter D.

It consists of two rows of pins. It is a single-ended connector that provides a data rate of fewer than 20 kbps. DB9 and DB 25 are the two most popular D-sub connectors that can be used for the serial as well as parallel ports As mentioned earlier, it consists of 9 pins that are capable of carrying out a unique task. The pins are numbered from 1 to 9 and the tasks performed by them are carrier detect, receive data, transmit data, data terminal ready, system ground, data set ready, request to send, clear to send, and ring indicator respectively.

The interface through which a mouse is connected to the system is called the mouse connector.
The connector details of this are the same as that of the keyboard Ps/2 connector and the USB connectors.

The interface through which the keyboard is connected to the system: unit is called the keyboard connector. There are three types of keyboards that can be connected. They are AT keyboard, ATX keyboard, and USB keyboard. 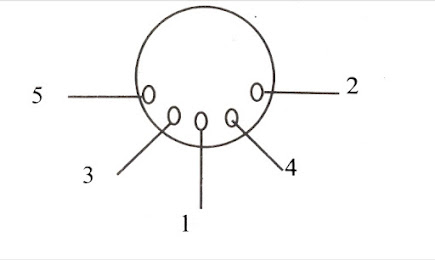 This basically consists of 5 pins using which connector can be made. It is as follows.

ATX Keyboard Connector These pins are used for tasks such as a clock, data, no connected, ground, and + 5V DC respectively. 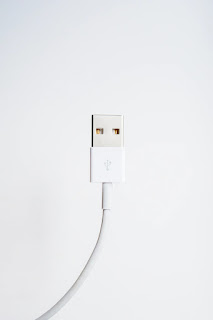 USB stands for Universal Serial Bus. The interface through which peripheral devices like mouse, keyboard scanner, printer, monitor, etc., can be connected to the system unit is called the USB connector. These connectors are of two types. They are. 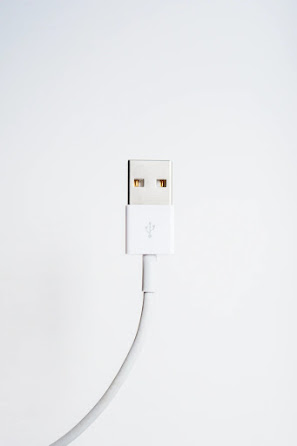 These are also called as UPstream connectors toward the host computer. These are also called as Downstream connectors towards devices. Figure Both of these USB connectors consist of 4 pins that are capable of producing voltages and data. They are numbered from I to 4 that can perform VCC. D -1. D+ and ground respectively.