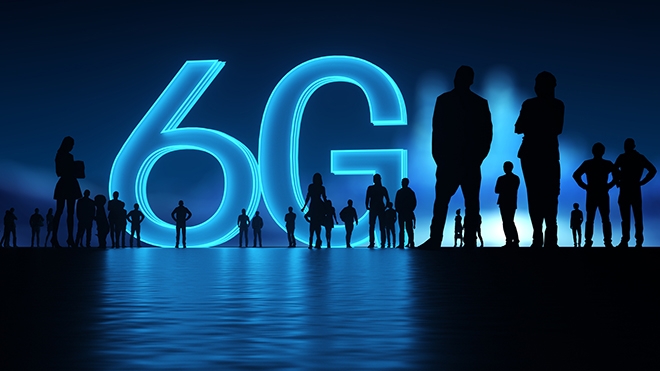 What is the Future Scope of 6G Technology?

Many of us know the internet from 2g, back then, it is too buffered to open anything on our internet, and it was impossible to watch Youtube on phones .and laptops at the current speed, Under such circumstances, we got 3g in 2011. After 3g, many got to know the real speed of the internet. Everyone switched from 2g to 3g and used it very much. Till then, the internet which took a lot of time to load photos was used to watch videos and download games.

Actually,3g is the reason that the internet became close to people, When everyone was with this, the real sensation of 4G has come, which was introduced by Reliance through jio in India. The introduction of 4g completely changed India. internet users have increased as the 5 times compared to before. With 4g offering 1Gb of data per day for free, watching youtube videos without buffer, Downloading movies in GBs of size in minutes, video calling anyone in any corner of the world has begun. After 4g Technology, things got easier. The cabs today were developed due to 4g

It took 1 minute with 2g to send a photo of 1G, but it was sent in 3 seconds with 3G, now we can send 20 Mb photos with 3g in just 3 seconds. 3g has introduced us to do many things on the internet

When 4g came with 1GB internet data, the internet began to be widely used, the movies which are watched on theatres and TVs are now watched on phone. AMAZON Prime and Netflix and so many OTT apps were also developed due to 4g. 4k resolutions videos started uploading on YouTube only after the advent of 4g. Without 4g 4k videos we are watching on YouTube would not have been there after 4g, Our phone almost turned into a computer.

What is Latency and its role?

The major update in 5G latency. Latency is the delay in the data processing. for example you are writing on paper. What you write and what is seen on paper, both happen at a time, Here latency is zero. When you scream in a valley, an echo is heard even though resound seem to be heard soon, there will be a gap of some Milliseconds which is called latency.

The latency in 6G is almost zero, every activity happens in real-time l,. If they become available, self-driving cars will notice the obstacles even before us and act accordingly.

When we order food, the tracking of delivery takes place in bits, but in 6G,  We can even watch his steps as he walks, the robotics operations also become easy with 6G. The impact of 6G will be like as we start comparing the technology before and after 6G.

What are some barriers to the introduction of 6G?

We see cell phones towers everywhere we go, but not many were there before. For a cellphone to work, radio waves must be connected from the phone to the tower and the tower to the phone. 2G carries a long wavelength, as it has more wavelength it can travel longer but waves travel with less frequency.

Basically, As frequency increases wavelength decreases. Wavelength is inversely proportional to the frequency. That means 6G, data transfer is gonna be high at a time. Although there is only one tower somewhere, the signal strength is used to be good as the wavelength was high but the data it carries is less. 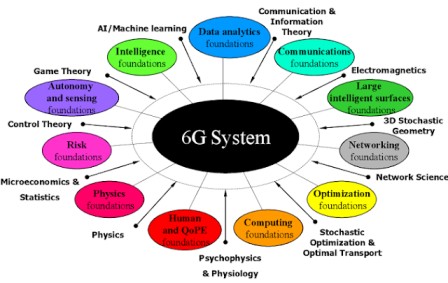 The distance traveled by 2G is more but 4G the distance it travels Will be less. So we have got so many towers these days. Almost every 2 to 3 areas, there is a tower. When the 5G comes with there should be a tower at the end of every street. That too 5G comes along with microwaves. While the Wavelength of 4G is between 5.5 inches and 15.8 inches, the Wavelength of 5G is from 1mm to 10 mm. So they cannot penetrate that can easily into a wall. To cover all areas, we need to use more towers. While every street in 4G has a tower, there are must be a tower on top of every building in 6G. Every room also should be have a tower, but it’s practically impossible. So they are thinking about new technology and most companies plan to launch 6G by 2035.

Every new phone released at that future time will have an inbuilt receiver and transmitter. The 6G main tower will be located in one fixed place and many phones will be connected to that tower. All 6G mobiles are between the tower and the phone create a route map for his phone. Every phone acts as a tower. But what about the radiation when each phone acts as a tower? Many People think more radiation is received with more signals and The birds die with radiation.

Why birds are disappearing over time?

In the process of developing cities, we are destroying ponds water resources, and trees and building floors upon the floors. The birds leave the vast sky and come to the ground only for water or food but we are not able to provide such resources, so birds do not appear in the cities.