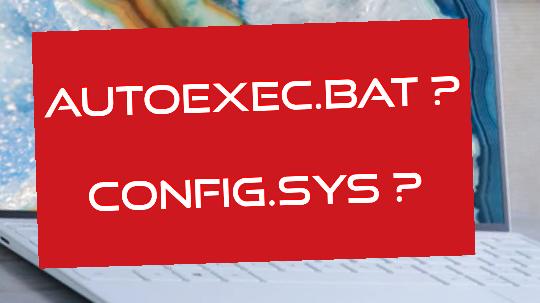 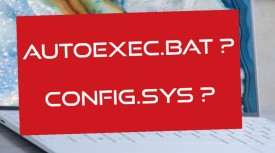 The autoexec bat file stands for automatically executed batch files and it describes the operation in automatic executing Command system start-up. It is a system file created for MS-DOS and Windows 3.x, which serves as a simple method for loading the files for various devices and for the operating system. Typically, it is a plain-text batch file stored in the root directory and executed at the time when the computer is started (booted). The bat suffice represents a file holding sequences of commands. So, apparently, the autoexec bat is a command script written at the time of manufacturing the system, so that it can be executed automatically when the operating system is booted.

The role of the commands in autoexec bat is to guide the operating system about the following,

(a) Which application program should be booted automatically

(b) How memory should be managed

(c) How other settings should be initialized. In effect, the user can find almost any legal DOs command in autoexec bat. However, few commands such as DEVICE and SHELL can not be found in autoexec bat. It usually contains SET commands.

For example, consider the following sample Batch file With certain commands which form the content of the file.

This command is- used for putting an end to the commands being display as and when they are processed.

This command which is used for clearing up the screen.

This command is used for changing the look of the command prompt.

This command is used for specifying the path in which the operating system needs to search the directories.

This command is used for setting the environment variables of the system.

This command is used for loading the SMARTDRV. EXE (or) SHARE.EXE. etc utility into the upper

This command is used for loading the drivers into

upper memory that may be needed.

accomplished. However, these commands are not permanent. These can be altered by making use of the EDIT command. Using the EDIT command the user can add new entries into the file (or) delete the old over. The entry alterations depend upon the requirement of the user as to how they wish to view the computer whenever it is booted up.

A backup file for this AUTOEXEC BAT file can also be created by matching the following command,

This process of keeping a backup of a file always helps the user to restore (or) go back to a previous session whenever a failure occurs. By this, no data (or) configuration will be lost during the failure period.

The config.sys stands for the configuration system. It was introduced with DOS2.0 and resides in the root directory of c: drive on Windows 9x systems. It serves as a configuration file for DOs, OS/2, and various similar operating systems. The user can operate it in Notepad or any other text editor even though it has a .sys extension. Therefore, it is editable in any text editable program. Typically, config.sys is a special ASCII text file that stores user-accessible setup or configuration directives.

These configuration directives are nothing but DOS commands that guide the OS with the initial boot. So, during this, the windows completely read the CONFIG.SYS file and then loads it into the device driver existing in hard drive.

The config.sys commands perform the following.

(b) Activates and deactivates system features

The loading on config.sys is done before the autoexec bat file.